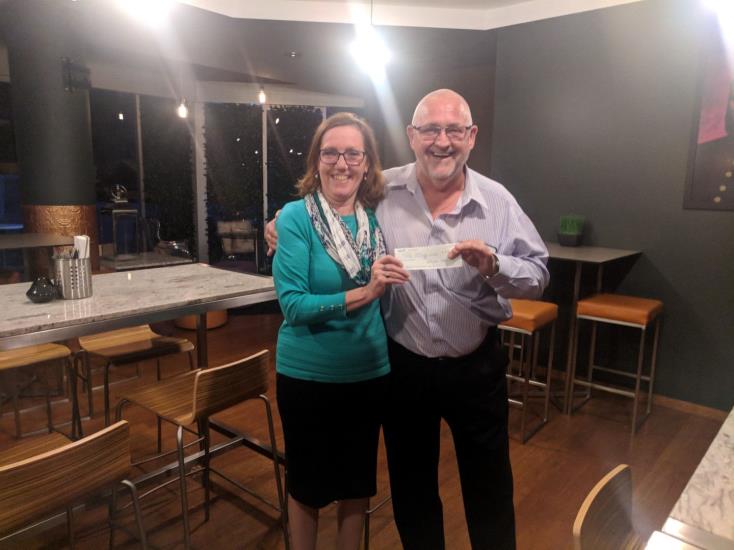 At the casual meeting at the Lord Forrest last week, former PP Neil Hamilton and OIC of Accord West announced his retirement from Accord West. He paid tribute to the great support he has received from our Club whilst he has been OIC of Accord West. PDG Bruce Lynch has been a longstanding Board member and PP Glenys McDonald is a current serving member of the Board.
Neil presented a cheque to the Club for the continued running of “Sail into Life” which has meant so much to handicapped people in the community. Roger Veen accepted the cheque on behalf of Sail into Life and promptly hand ed it over to President Dawn.

The food was first class. The stayers who remained at the venue were rewarded by more and more food arriving when numbers were down to about seven. Everyone present did their best to consume some beautiful sweets, cakes etc . There is a saying about this………something about the last shall come first. None of the last who were there till the end would have eaten breakfast and probably skipped lunch as well next day.